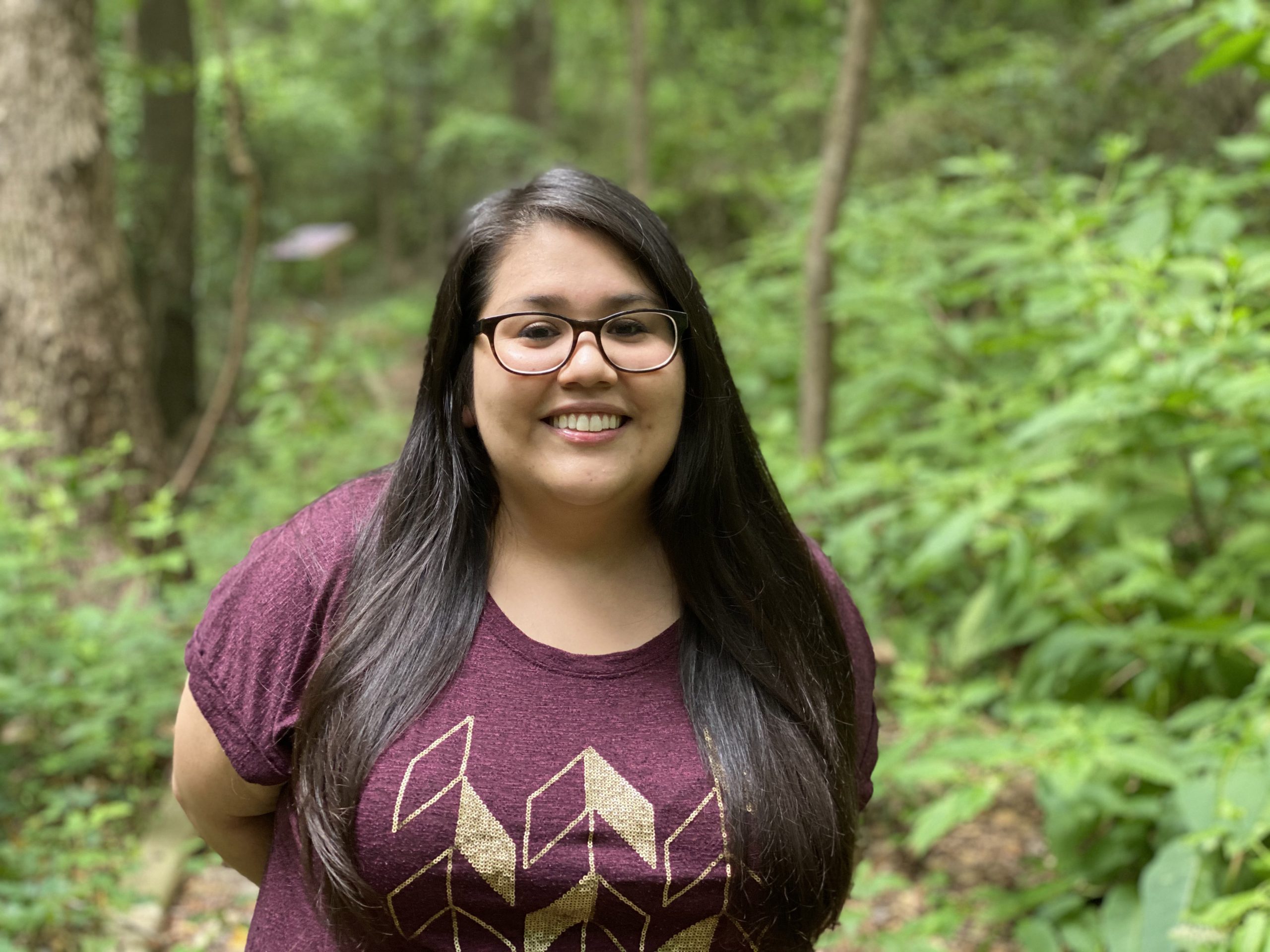 Plant Biology Doctoral Student Jacqueline Joye Peña and her advisor Assistant Professor Dr. Douda Bensasson received the Gilliam Graduate Fellowship Grant from the Howard Hughes Medical Institute. The award provides Peña the opportunity to travel to important scientific conferences and meetings in her field, professional development workshops, and a competitive stipend in addition to allowance for diversity and inclusion activities at the graduate level.

“Receiving as award like this feels very validating that researching how natural populations respond to climate change while providing safe spaces for underrepresented groups in STEM are worth doing,” said Peña. “I feel honored to receive such a prestigious fellowship to help me develop as a future scientific investigator.”

Bensasson recognizes that graduate school is tough, and strong friendships help. Black, Latinx and Native American graduate students are underrepresented in U.S. science, and because research is done in small research teams graduate students from these groups may not easily find support networks facing all the same challenges. With the grant, she will host Diversify-STEM coffee hours throughout the year to bring together students from different UGA STEM departments.

In addition to creating a support network for minority graduate students in STEM, Bensasson plans to provide unconscious bias training. This training addresses cultural biases that can be damaging to mentor-mentee relationships. She also plans to host “Power Hours” to discuss this training and ways to improve diversity and inclusion at UGA.

“I want to do what I can as a mentor to open the door wider for the next group coming,” said Bensasson. “If you encounter difficulties in your career, it can be good to right past wrongs, use past experiences to include the next generation of scientists.”

Bensasson and Peña study species within the Saccharomyces yeast genus as a model system to understand the ecological and evolutionary processes that may contribute to climate adaptation in wild microfungal populations. Peña hopes to learn how climate has shaped the natural genetic population structure of wild Saccharomyces species which will determine if and how fungal microbes can adapt to climate change.

Peña focuses her research on the less-sampled climatic regions: the tropics and subtropics. Mostly scientists sample yeast in cool regions in the North, and that does not reflect the natural distribution of Saccharomyces species such as Saccharomyces cerevisiae. She uses an interdisciplinary approach combining methods from population genomics, bioinformatics, ecology, and evolution to determine how climate shapes the distribution of wild microfungal populations. These microbes are fundamental to scientific research but also to production of beverages like wine, beer, sake, and cider.

Her research reaches beyond the implication of climate and microfungal populations. She uses bioinformatics, field work, and laboratory work in her studies which provides quantitative interdisciplinary training to undergraduate students from underrepresented groups in STEM.

“This will provide transferrable skills for the next generation of underrepresented scientists whether these students pursue a career in academia or in industry,” she said.

Peña appreciates the creativity of science. She says it takes creativity to solve complex problems in global climate change and to include diverse people with fresh perspectives.

“I am pursuing my PhD to further understand how climate change is altering natural populations because regardless of ethnicity, gender identity, or orientation, climate change is impacting everyone, and our natural world is worth fighting for,” said Peña.

Peña finds the small, simple microbes with their complex evolutionary history captivating. She first fell in love with the yeast system in the Bensasson Lab during her first semester in the Integrated Life Sciences program. She has found that the biogeography of S. cerevisiae is more complex, and the vulnerability of microfungal populations to climate change is unknown.

Peña grew up in Nampa, Idaho, surrounded by a traditional and loving Latinx family in addition to mountains, foothills, and forests. These surroundings sparked an interest in biology and influenced her decision to pursue her bachelor’s and master’s degrees closer to home. She received a Bachelor of Science in Biology at Boise State University and a Master of Science in Ecology at Utah State University.

So, what could bring Peña down South? She cites the variety and collaborative nature of the life science departments at UGA. She also credits the friendly faculty and graduate students in the ILS program.

Former graduate coordinator Dr. Walter Schmidt nominated her for the NSF Bridge to the Doctorate program. She received the fellowship due to her participation in the Louis Stokes Alliance for Minority Participation at Boise State. This program aims to increase the participation of underrepresented students in STEM fields.

When she gets out of the lab, Peña enjoys taking her dog on hikes, concerts, embroidery, lunch with the Bensasson Lab, and taking care of her houseplants.

The goal of the Gilliam Fellowships for Advanced Study is to increase the diversity among scientists who are prepared to assume leadership roles in science, particularly as college and university faculty. The program provides awards to pairs of students and their dissertation advisers who are selected for their scientific leadership and commitment to advance diversity and inclusion in the sciences.