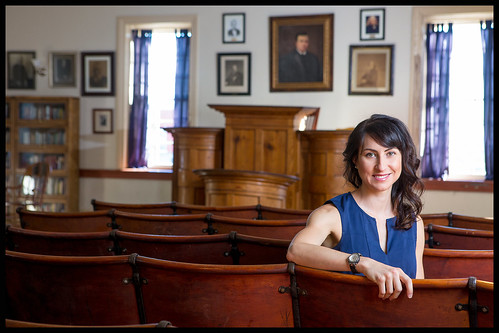 According to Bodnaruk Jazayeri, the behavioral independence of the court “means that a court is free from influence and the court’s decisions are applied into law.”

“Independent courts,” Bodnaruk Jazayeri stresses, “are a fundamental component of democracy; one that has the ability to aid in democratic stability.”

“Much of the answer,” she argues, “is that judicial independence manifests in specific legal areas at different times and under different conditions. It may wax-and-wane depending on fragmentation of the political system, legitimacy of the court, public opinion, conflict, and international environment.”

Bodnaruk Jazayeri’s research is a significant departure from existing approaches for understanding judicial independence and will offer measures to explore the new avenue of research.

This variation will depend on a number of factors, including military conflict, domestic crises, political regime, and international influence.

“For example, during military conflict courts defer independence related to the protection of civil liberties and civil rights. However, this does not mean that the court will defer independence in its decisions relating to economic issues.”

Courts in autocratic countries are a great example of this variation.

“There is evidence to suggest that autocratic leaders allow the courts to have economic independence in order to provide a credible commitment to investors that their financial investment will not be expropriated. But at the same time these courts may have no independence in social issues, civil liberties and civil rights, for example China.”

Bodnaruk Jazayeri suggests a multidimensional analysis of judicial independence to account for the variation in legal area specific independence. This “variation in independence can be observed by identifying the domestic and international audience that are most interested in a specific legal issue.”

In addition, Bodnaruk Jazayeri applies the multidimensional approach to study the effect of judicial nomination procedures on judicial independence. She supplements a global analysis with in-depth fieldwork in Argentina.

She has visited the country numerous times to interview high ranking Argentinian officials such as judges, former and current members of the federal judicial council, a former attorney general of Buenos Aires, leaders of NGOs, and politicians.

“In the case of Argentina, the judicial council is highly politicized and the members are gridlocked on selecting judge candidates,” she says of her observations while in the country.

“Council members who try to maintain their independence from political influence are lobbied, pressured, bribed, and even threatened to fall in line with the politician’s demands.”

The central contribution of Bodnaruk Jazayeri’s research is the development of theory and measures that explicitly deal with variation in judicial independence and can have
real-world applications for policy makers.

“In sum, these measures are particularly valuable in assessing the role of the court in countries on the precipice of a democratic backslide.” Can we observe different patterns of erosion in judicial independence that can slow regime change?

After graduation, Jazayeri plans to continue her research either in a faculty position in academia or with the government.