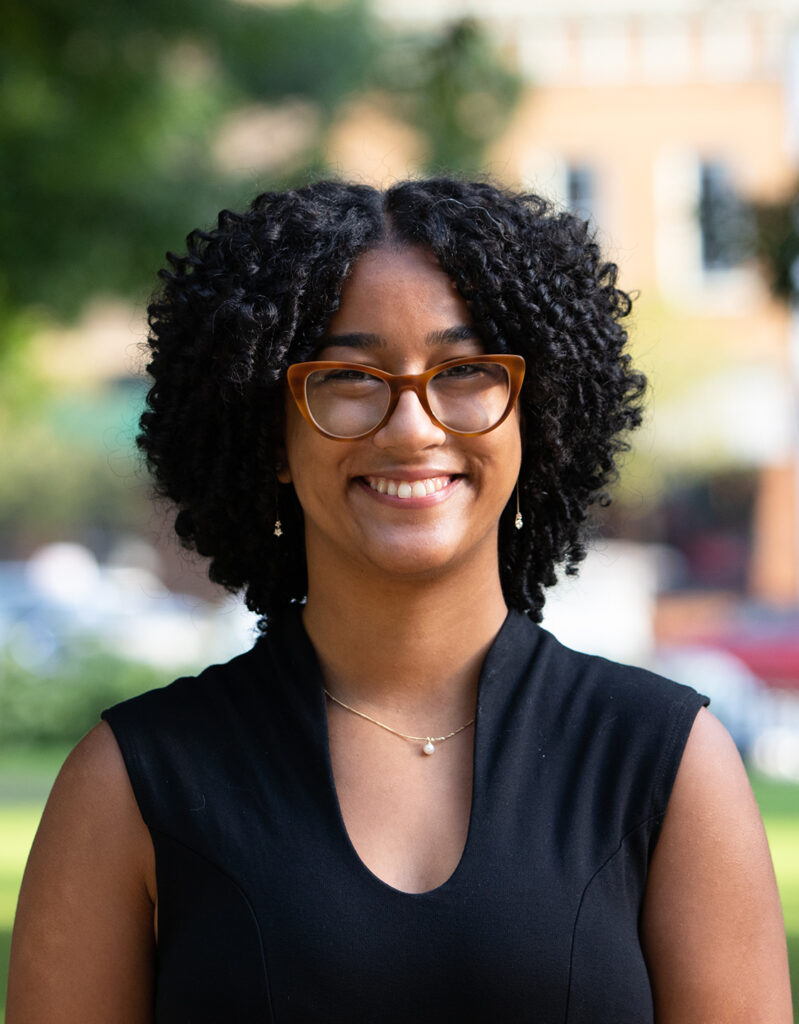 Judith M. Reyes Ballista is a doctoral student in infectious diseases. She studies how viruses use and interact with components of the cell membrane (i.e. phospholipids) in order to exit their host cells and continue the cycle of infection. She earned a bachelor’s degree in cellular and molecular biology at the University of Puerto Rico – Rio Piedras Campus where she discovered what a career as a scientist could look like. She attributes her interest in infectious diseases and viruses to the research and mentoring experiences during her undergraduate studies. This award represents the years of hard work and perseverance to overcome barriers and the support of people that believe in her potential. She sees the importance of highlighting scientists that look like her and hopes to serve as a role model for future generations. 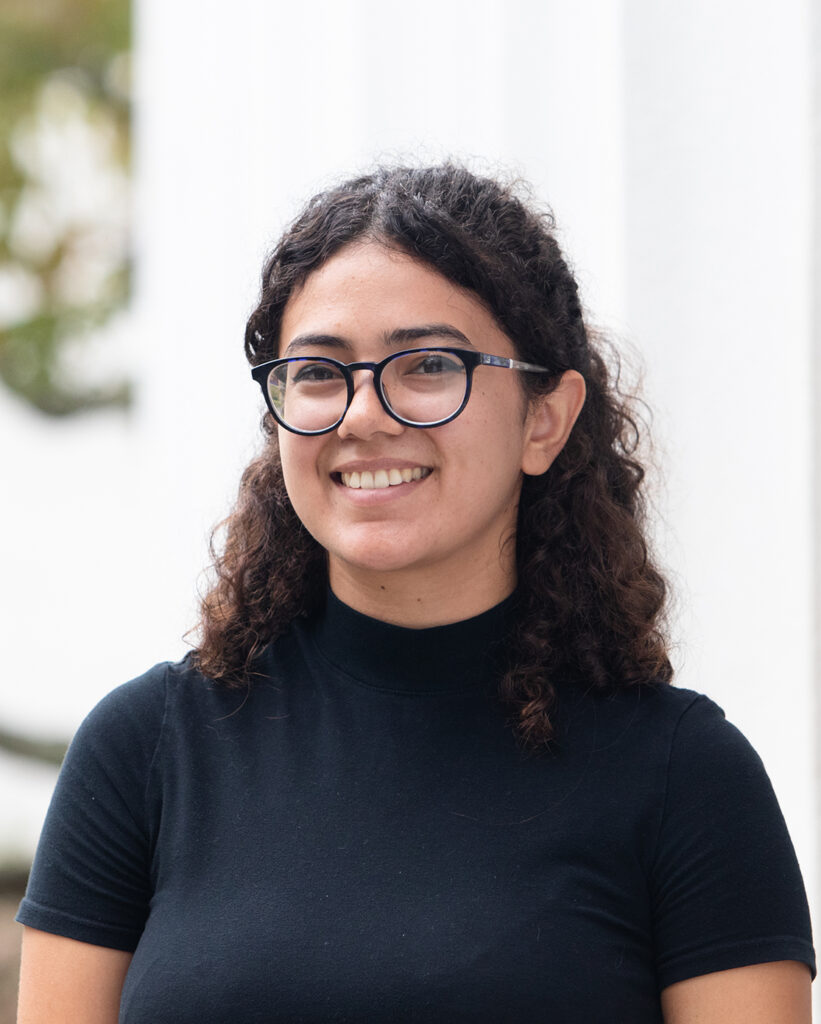 Summer Rose Blanco is a doctoral student in plant biology. Blanco is fascinated by flowers and how they have evolved over time to have a wide variety of colors, shapes, and sizes. Her research aims to better understand how pollen develops in plants and how different pollen traits may influence the distribution and reproductive success of plant populations. She received a bachelor’s degree in biology with a botany option from the California State Polytechnic University, Pomona. Following her undergraduate education, she took a position as a post-baccalaureate research assistant in the biochemistry and molecular biology department at Michigan State University. Her long-term career goal is to become a professor at a Minority Serving Institution. This award will allow her to craft collaborative and unique research ideas that contribute to the scientific literature and engage the general public. 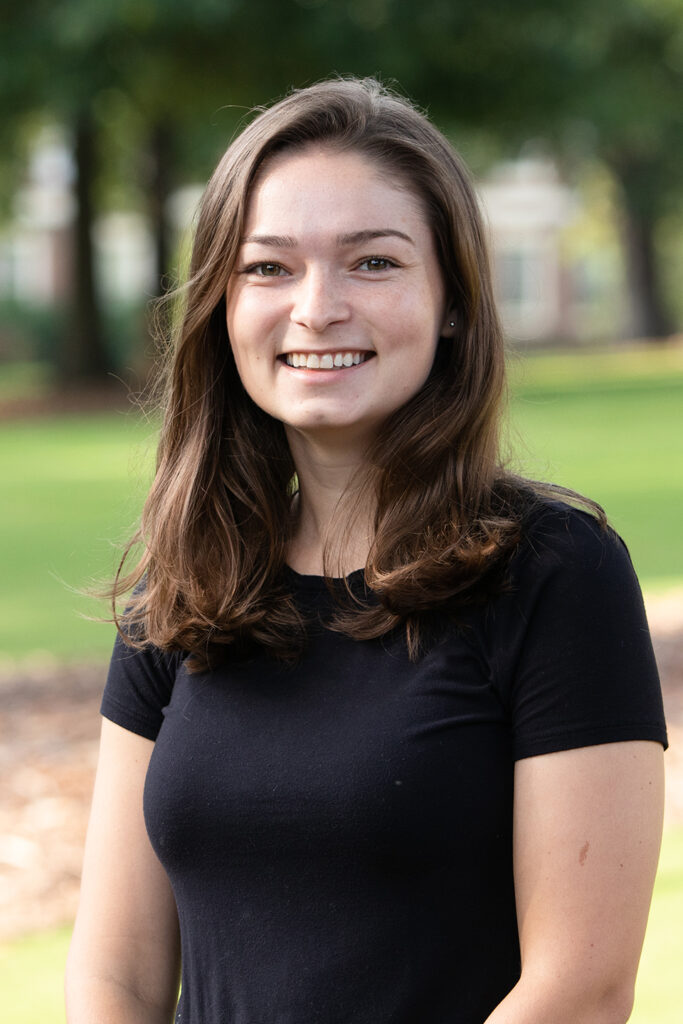 Meghan Brady is a doctoral student in genetics. She studies corn with a focus on meiotic drive, when a gene or genes are passed to the next generation more often than they are supposed to be. She wants to understand how these systems have affected the domestication and evolution of the corn consumed today. She completed her undergraduate studies at Gettysburg College with degrees in biology and environmental studies. Her past work also includes behavioral ecology, cancer genetics, evolutionary genetics, and crop genetics and evolution. She hopes to work in science policy. The GRFP award will make it possible for her perform experiments and share her work with both scientists and non-scientists in ways she would not be able to otherwise. She has encountered few people who look like her in the sciences as a learning-disabled woman, and this award has made her feel seen and valued within the science community. 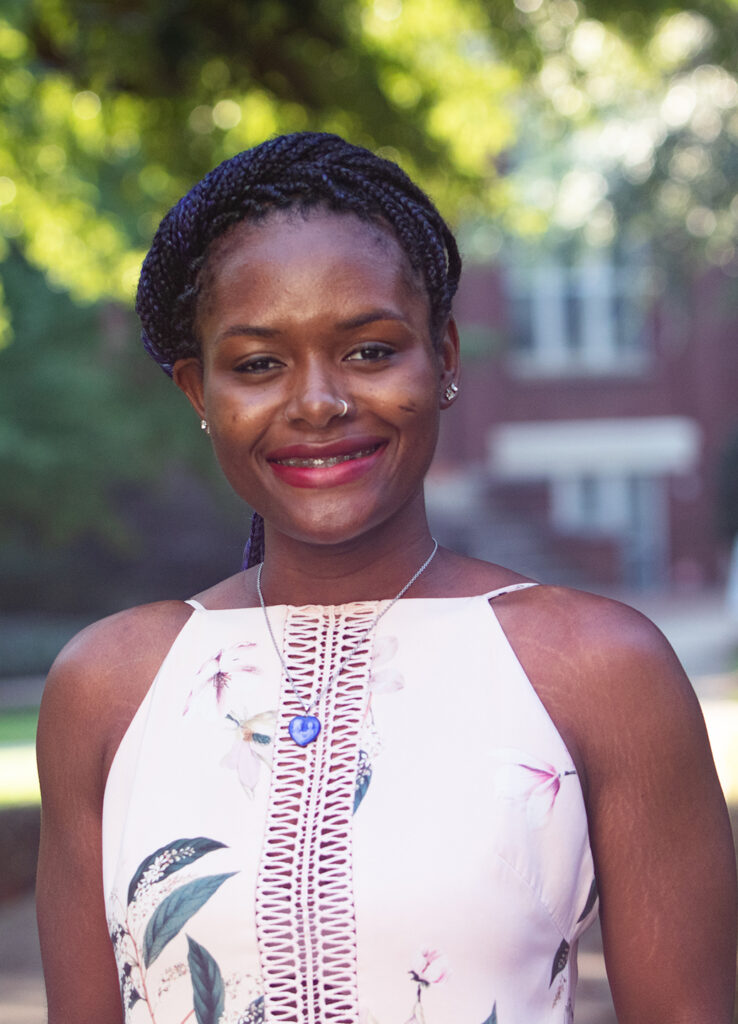 Felicia Ebot-Ojong is a doctoral student in genetics in Dr. Zachary Lewis’s lab. Her research focuses on investigating the control and function of facultative heterochromatin, which is important for gene repression. She grew up in Cameroon, Africa, where the odds of becoming a successful female scientist were against her. She was unable to attend school because she was female and came from a low socioeconomic class. She moved with her mother to the United States in 2009 giving her the opportunity to pursue higher education. She graduated from UGA with a bachelor’s degree in biology. With the help of this award she hopes to further her ambitions of becoming an academic professor and leading her a research group. She plans to continue to contribute to the advancement of diversity by sharing her story and inspiring her students to pursue a career in STEM. 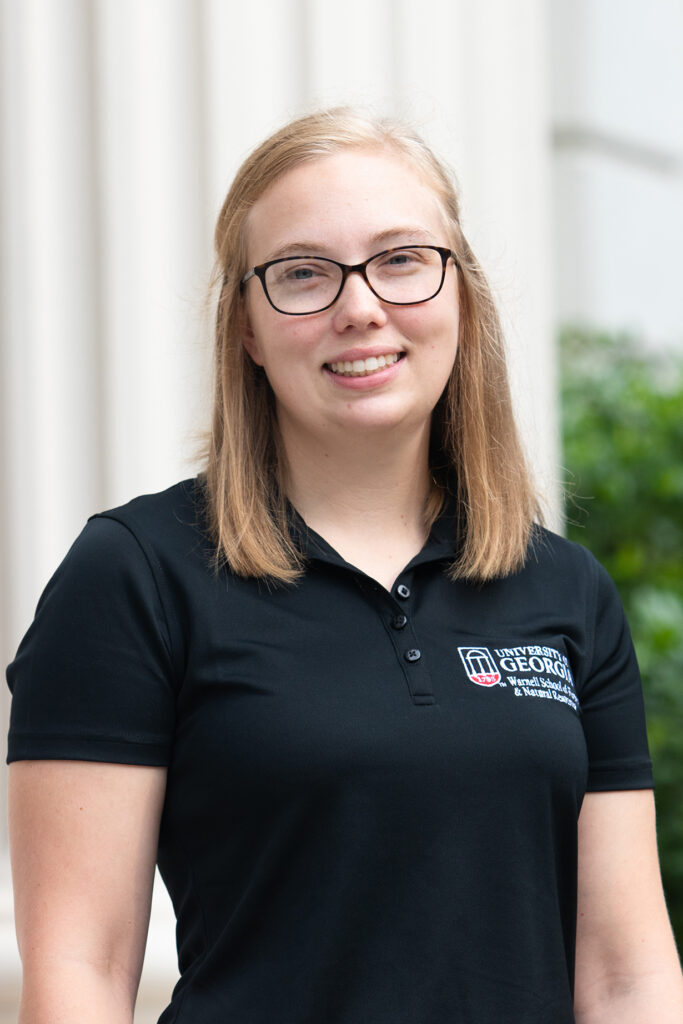 Summer Fink is a doctoral student in forestry & natural resources. She studies human-wildlife interactions, coyote space-use, and mammal distribution throughout Metro Atlanta. She incorporated socioeconomics into her analysis to predict high risk conflict areas and deploy targeted outreach materials. After finishing her undergraduate studies at UGA, she worked with the Urban Coyote Research Project in Chicago, Ill., which inspired her interest in Atlanta. Fink is grateful for the individual encouragement and stability that the GRFP award offers in addition to the opportunity to do impactful research. 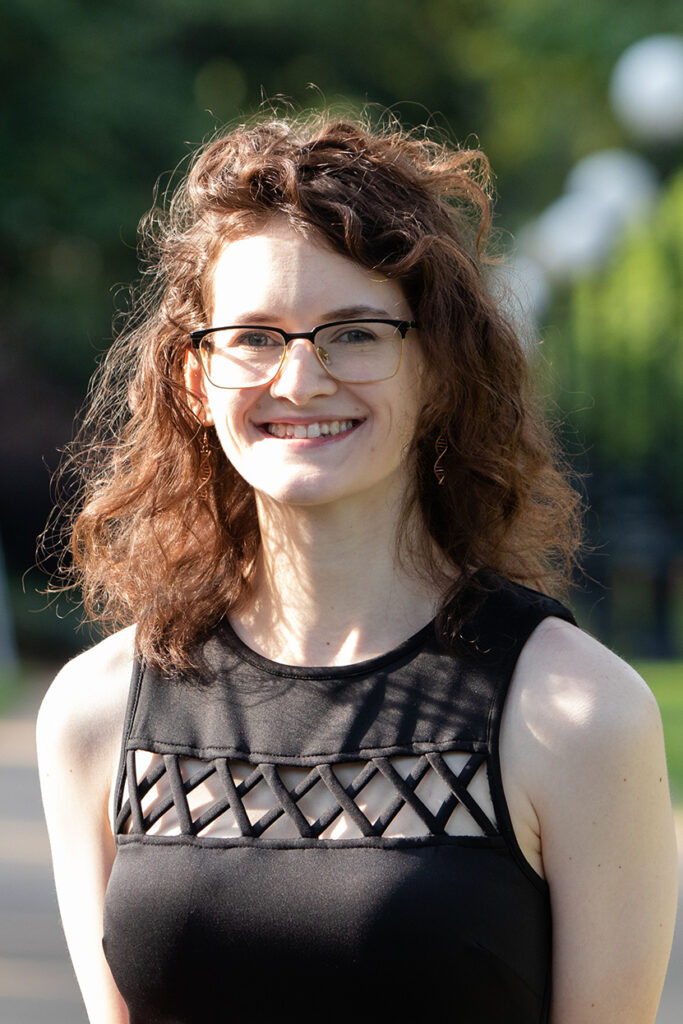 Kelly Goode is a doctoral student in the Institute of Plant Breeding, Genetics, and Genomics. She studies root-knot nematodes, microscopic roundworms that parasitize plants, which can cause massive yield loss and damage to almost every plant in the world. She looks at the interaction between root-knot nematodes and soybeans to understand how some plants can be resistant to these dangerous pathogens. She studied genetics at North Carolina State University as an undergraduate where she conducted research in the Christmas tree genetics program. She hopes to continue in academia in teaching or in extension programs. The GRFP award will grant her access to enhanced technologies that can provide better results to help soybean growers in the southern US. She has also expanded her work to assist in a survey of Georgia soybean growers to better understand their specific concerns relating to these nematodes. 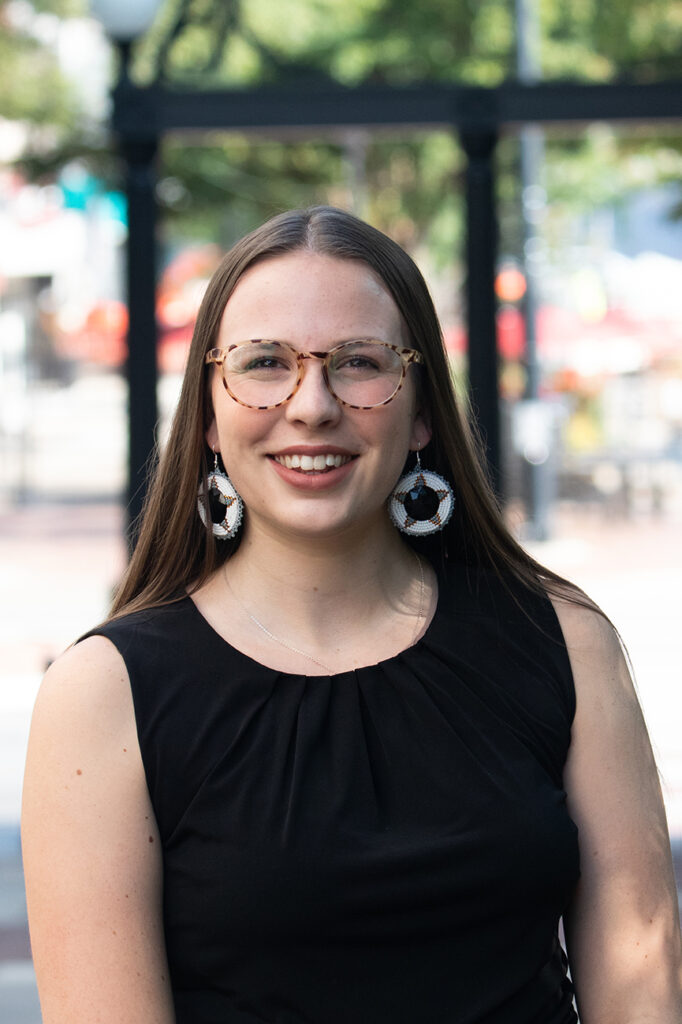 Maya B. Henderson is a master’s student in geography. Her research applies a critical lens to climate action at the urban scale, considering what constitutes urban climate justice by centering Indigenous, Black and other excluded perspectives. She works to recognize and identify the ways that colonialism is an ongoing project, embedded in many forms of climate action. She graduated from the University of Oklahoma with a bachelor’s degree in environmental sustainability and a minor in geographic information systems. As a Haudenosaunee woman, she aims to uplift Indigenous voices within climate action as a result of the reciprocal relationship between Indigenous sovereignty and environmental sustainability. She plans to use the GRFP award to advance and share her skills and resources for Indigenous and other grassroots environmental efforts through graduate study in human geography. 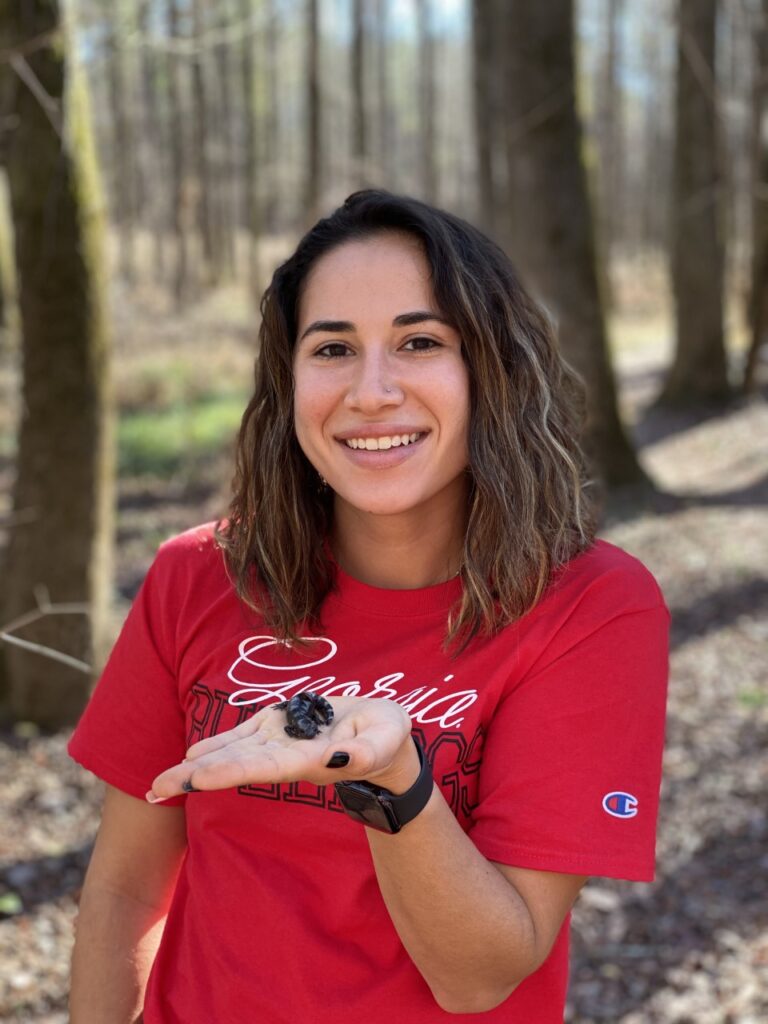 Laura Vanessa Kojima is a master’s student in conservation ecology in the Odum School of Ecology at the Savannah River Ecology Laboratory. She researches the frequency with which alligators on the Department of Energy’s Savannah River Site move on and off the site to public hunting grounds and whether this puts hunters at risk of harvesting alligators that contain high contaminant body burdens, particularly mercury. Her research background includes studying western pond turtles at the University of California Davis, where she completed her undergraduate studies, and giant garter snakes with the United States Geological Survey. She hopes to continue as a wildlife biologist focusing on conservation and management of reptiles and amphibians. The GRFP award will allow Kojima to access to a wider range of mentors and the ability to conduct the science she is passionate about. 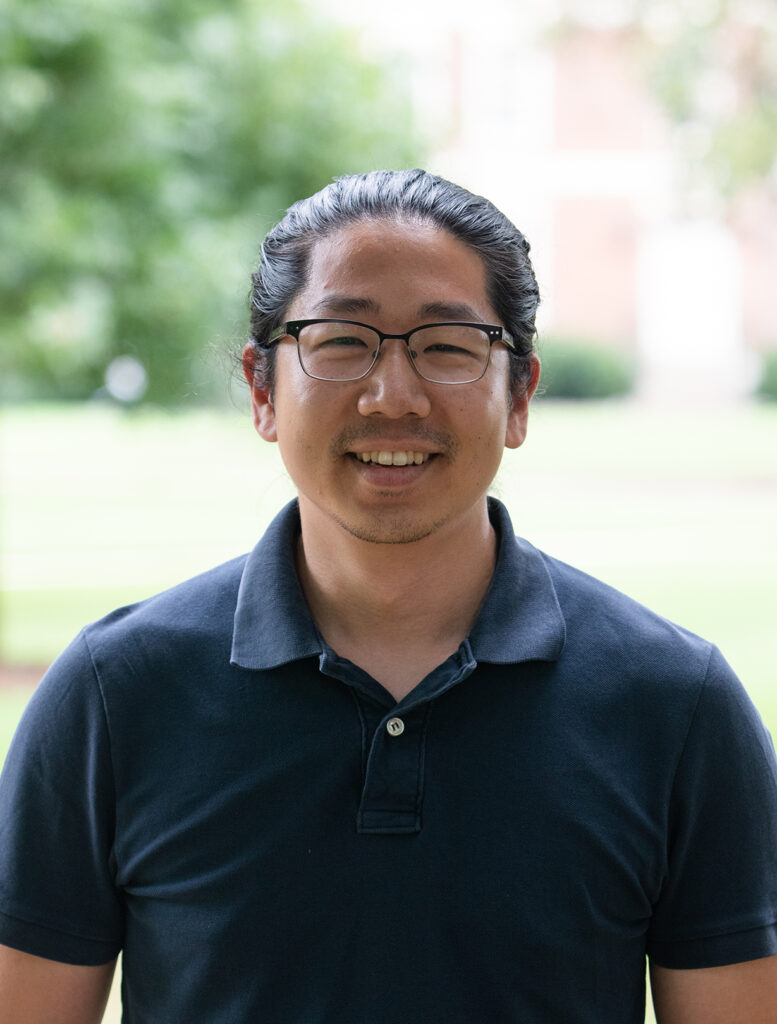 Daniel Suh is a doctoral student in UGA’s Odum School of Ecology. He is interested in the transmission of generalist parasites in wildlife host populations. He approaches the question of whether the biodiversity of hosts has an influence on the ability for parasites to invade and persist in host communities. He studied biology at Pepperdine University and subsequently volunteered with AmeriCorps. His goal is to attain a faculty position and continue his passion for ecological research, service-learning, and teaching. The GRFP award will allow Suh to pursue areas of his research that would have otherwise been too costly in terms of time and resources, including additional field sampling and lab manipulations.

The GRFP was established in the 1950s soon after the NSF was founded in 1951. The award is the oldest fellowship program that directly supports graduate students in the STEM fields. The five-year fellowship includes three years of financial support, including an annual stipend of $34,000 and a cost of education allowance of $12,000. Fellows in the program have become Nobel Laureates or members of the National Academy of Sciences.