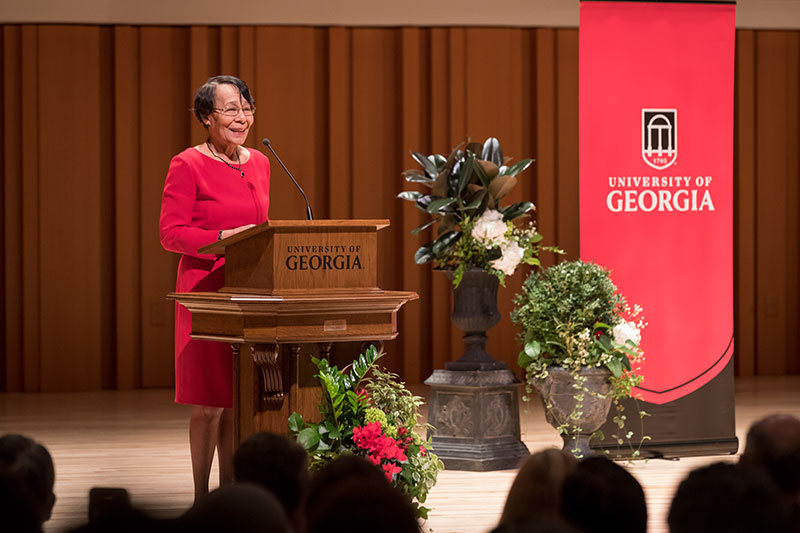 Each year, a speaker is invited to deliver a lecture that honors Ms. Early’s quiet determination and dignity as she strived to ensure that the state’s flagship university became an institution of higher learning for all the people of Georgia.

2022 marked the 60th anniversary of Mary Frances Early’s graduation in 1962 as the first Black student to earn a graduate degree from UGA. This historical milestone was commemorated at the at the annual Mary Frances Early Lecture, held on February 22, 2022. To honor Ms. Early’s vision, Chancellor Robert J. Jones of the University of Illinois at Urbana-Champaign delivered the 2022 lecture. He is the first African American scholar appointed as chancellor of the University of Illinois, the state’s flagship, land-grant university. Chancellor Jones is a Georgia native that has worked to make education available to young scholars around the world. 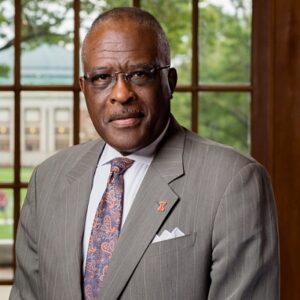 Robert J. Jones is the first African American scholar appointed as chancellor of the University of Illinois at Urbana-Champaign, the state’s flagship, land-grant university. He is also vice president in the University of Illinois system. He served as president of the University at Albany, State University of New York and is an experienced and accomplished scientist and research university leader. At Illinois, Jones has implemented the vision of creating The Carle Illinois College of Medicine, the first engineering-based medical school in the world. He hired the inaugural vice chancellor for diversity, education and inclusion, a major step in fostering an even more open and collaborative community of students and faculty. With the Illinois Commitment, a program that guarantees four years free tuition to state residents with family incomes less than $61,000, Jones continues to deliver on the university’s founding promise of making a world-class college education affordable and accessible. He has additionally, worked to make education available to young scholars around the world. He worked with Archbishop Desmond Tutu’s South African Education Program as an academic and scientific consultant which educated more than 3,000 black South Africans in American Universities.

A Georgia native, Jones, earned a bachelor’s degree in agronomy from Fort Valley State College, a master’s degree in crop physiology from the University of Georgia, and a doctorate in crop physiology from the University of Missouri, Columbia. He is a member of the American Academy of Arts and Sciences and is a fellow of the American Society of Agronomy and the Crop Science Society of America. He began his academic career as a faculty member at Minnesota in 1978 and became an internationally respected authority on plant physiology. Jones is also an accomplished vocalist and was a member of the Grammy award-winning Sounds of Blackness, a Minnesota-based choral ensemble for 30 years. He serves on the Board of Directors of APLU, Campus Compact, the Farm Foundation, and the Donald Danforth Plant Science Center.